13 Categories of Disability Under IDEA Law: 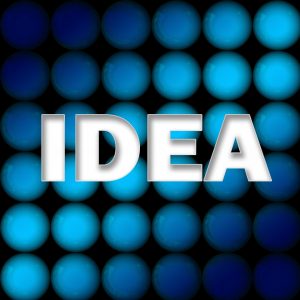 There are 13 different disability categories as defined by the Individuals with Disabilities Education Act (IDEA), under which 3- through 22-years-olds may be eligible for services.

In order to qualify for special education, the IEP Team must determine that a child has a disability in one of the 13 categories and it must adversely affect their educational performance:

In California, children with disabilities younger than three (3) years of age may also qualify for early instruction and intervention. Children younger than three (3) years of age who qualify for early services will receive services from the District only if they have a visual, hearing, or severe orthopedic impairment. All other children in this age range who exhibit developmental delays or have established risk conditions with harmful developmental consequences will receive early intervention services from their local regional center.

The law requires that to the maximum extent appropriate, children with disabilities be educated with children without disabilities. This placement is called “the least restrictive environment.”

The federal definitions guide how states define who is eligible for a free appropriate public education (FAPE) under special education law: 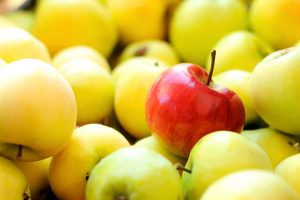 AUTISM SPECTRUM DISORDER: Is a neurodevelopmental disorder that impairs a child’s ability to communicate and interact with others. It also includes restricted repetitive behaviors, interests and activities. These issues cause significant impairment in social, occupational and other areas of functioning.  It is defined as a single disorder that includes disorders that were previously considered separate  – autism, Asperger’s syndrome, childhood disintegrative disorder and pervasive developmental disorder not otherwise specified.

DEAF-BLINDNESS: Concomitant (simultaneous) hearing and visual impairments, the combination of which causes such severe communication and other developmental and educational needs that they cannot be accommodated in special education programs solely for children with deafness or children with blindness.

DEAFNESS: a hearing impairment so severe that a child is impaired in processing linguistic information through hearing, with or without amplification, that adversely affects a child’s educational performance.

EMOTIONAL DISTURBANCE: A condition exhibiting one or more of the following characteristics over a long period of time and to a marked degree that adversely affects a child’s educational performance:

(a) An inability to learn that cannot be explained by intellectual, sensory, or health factors; (b) An inability to build or maintain satisfactory interpersonal relationships with peers and teachers; (c) Inappropriate types of behavior or feelings under normal circumstances; (d) A general pervasive mood of unhappiness or depression; (e) A tendency to develop physical symptoms or fears associated with personal or school problems.

The term includes schizophrenia. The term does not apply to children who are socially maladjusted, unless it is determined that they have an emotional disturbance.

HEARING IMPAIRMENT: An impairment in hearing, whether permanent or fluctuating, that adversely affects a child’s educational performance but is not included under the definition of “deafness.”

(Note: “Intellectual Disability” is a new term in IDEA. Until October 2010, the law used the term “mental retardation.”)

(Examples: Cerebral palsy, amputations, and fractures or burns that cause contractures).

OTHER HEALTH IMPAIRMENT: Having limited strength, vitality, or alertness, including a heightened alertness to environmental stimuli, that results in limited alertness with respect to the educational environment, that—

SPECIFIC LEARNING DISABILITY: A disorder in one or more of the basic psychological processes involved in understanding or in using language, spoken or written, that may manifest itself in the imperfect ability to listen, think, speak, read, write, spell, or to do mathematical calculations. The term includes such conditions as perceptual disabilities, brain injury, minimal brain dysfunction, dyslexia, and developmental aphasia. The term does not include learning problems that are primarily the result of visual, hearing, or motor disabilities; of intellectual disability; of emotional disturbance; or of environmental, cultural, or economic disadvantage.

SPEECH OR LANGUAGE IMPAIRMENT: A communication disorder such as stuttering, impaired articulation, language impairment, or a voice impairment that adversely affects a child’s educational performance.

TRAUMATIC BRAIN INJURY: An acquired injury to the brain caused by an external physical force, resulting in total or partial functional disability or psychosocial impairment, or both, that adversely affects a child’s educational performance. The term applies to open or closed head injuries resulting in impairments in one or more areas, such as cognition; language; memory; attention; reasoning; abstract thinking; judgment; problem-solving; sensory, perceptual, and motor abilities; psychosocial behavior; physical functions; information processing; and speech.

VISUAL IMPAIRMENT, INCLUDING BLINDNESS: An impairment in vision that, even with correction, adversely affects a child’s educational performance. The term includes both partial sight and blindness.